Looking for your next DIY project? Perhaps you need some inspiration on how to make your house a home? Our growing library of how-to's, DIY tutorials, and home improvement articles are here to guide you through your DIY adventures.

How To Silence Floor Squeaks 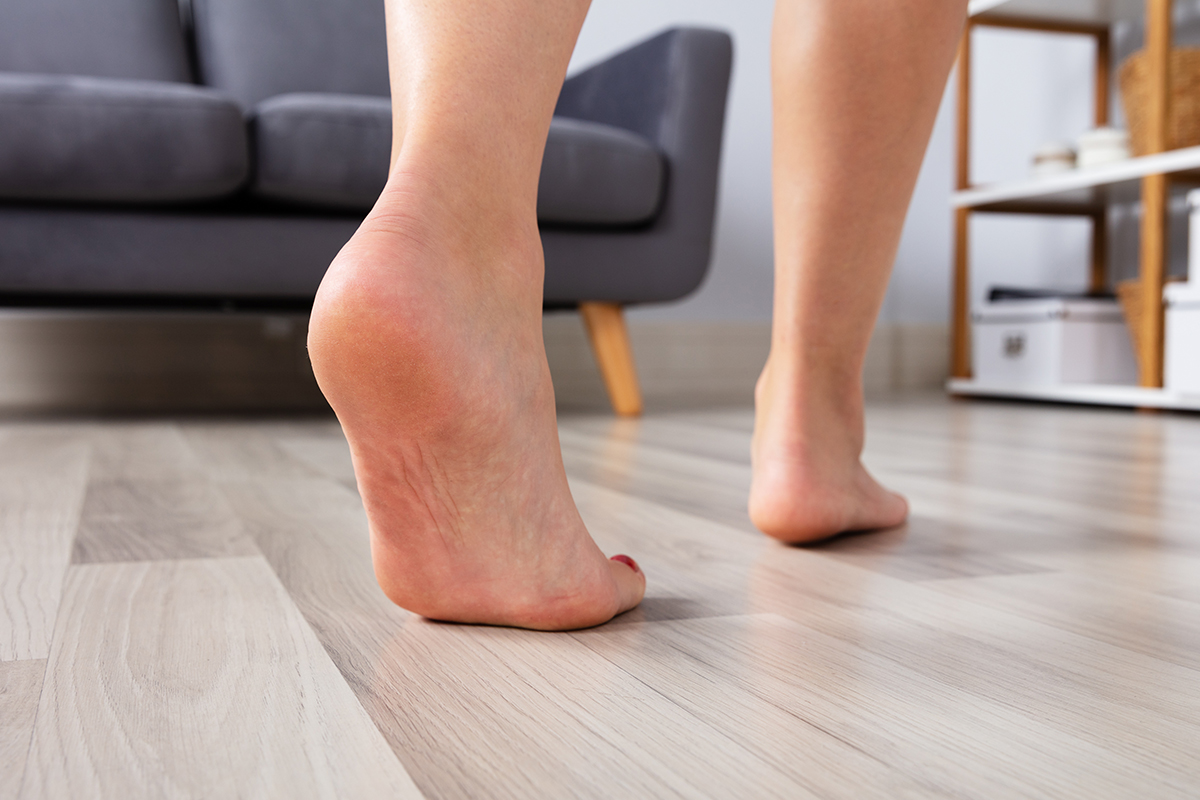 How To Silence Floor Squeaks

Whether it’s a new squeak you noticed in the middle of the night, or a creaky old floorboard that has been bugging you for years, there’s no time like the present to get rid of those annoying floor squeaks. Over time, your flooring lumber will dry out and shrink, and can cause pieces of the flooring to rub against other pieces of wood, nails, staples or ductwork. This emits a squeak whenever it’s walked on. Luckily, there are some ways to silence the squeaking so you can stop tiptoeing around the loud parts of your floor.

Here are some ways to do it:

If your squeaky floor is caused by gaps between your subfloor and joists and you have access to the area below the floor, you can use shims to stop the squeak. A shim is a thin piece of wood that you can buy at a hardware store.

Locate the squeak you’re looking to fix from the floor level and then find that same spot underneath. From there, locate the closest spot where the subfloor connects to the joists. Grab two shims and lightly push them in from each side of the joist to fill the gap until they fit snugly. Ensure you don’t push them in too far or else you may end up widening the gap you were trying to fill. Once you feel you’ve found the right depth for both shims, mark the pieces, take them out and add adhesive, place them back in the gap, score them with a sharp knife and snap along the scoreline to break off the excess. Let the adhesive dry according to the manufacturer's directions and then test it out.

If you notice a gap between the subfloor and joists that is big enough that it would take multiple shims to fill it, you may want to skip the shims altogether and just use the adhesive. Apply a bead of adhesive along the length of the gap with a caulking gun. You want to force the adhesive into the gap as much as possible. Check the other side of the joist as well. If there is a gap on that side, fill that gap – it’ll give you that much more stability.

Brace with a piece of wood

If the joists themselves are giving you noise issues, there are a couple routes you can go. If one of your joists has warped and a gap has formed due to the change in shape, take a long 2x4, apply adhesive to the top edge of it, and then press it flat against the joist and slide it up so it's tight against the subfloor. Tap the 2x4 a couple times from the bottom with a hammer to make sure it is up tight against the subfloor, and then secure it to the joist with screws spaced 6"-8" apart.

Another option is to cut a piece of wood to fit in between and brace two joists. Use the same dimensional lumber that the original joists are made out of. For example, if your joists are made from 2"x8" wood, use the same size to cut your brace piece. Measure the distance between your two joists and cut two or three blocks to fit snugly between them. Apply adhesive on the top edge and place the blocks perpendicular between two joists. Fasten the block in place by driving three screws through the outside of each side of the joist into the block.

If you don’t have access to the area underneath your floors because the joists and subfloor are covered by a finished ceiling underneath, there is still something you can try to silence squeaks without ripping up your existing floor.

Pick up a squeaky floor repair kit from your local hardware store. The best kit to get is one that makes use of breakaway screws. Follow the instructions for the specific kit you buy, but they all work in a similar way.

First, locate the squeak you want to get rid of. Then, locate the nearest joist to the squeak. This can take a little bit of trial and error. If you have a stud finder, it may come in handy here. If not, gently tap along the floor with a hammer listening for a solid sound that indicates a joist underneath. If you tap and it sounds hollow, there's a good chance that the space below is empty. Most joists are 16" apart, which can help you locate other joists.

Next, you'll drill a pilot hole down through the floor into the joist. Then, drill the breakaway screw into the pilot hole. The threads of the screw pull the subfloor and joist together and then, when it reaches a certain point, the top of the screw snaps off a fraction of an inch below floor level. Use a wood filler wax crayon that matches your floor to fill in the hole left behind. This will tighten up the gaps between your joists and subfloor from above and your house will be a whole lot quieter.

© 2009-2022 All Rights Reserved. All trademarks, service marks, logos, graphics, product names and company names are the property of their respective owners.